The “Sabo_TAJ”  is the result of ongoing design development between Taj Burrow and Matt Biolos.

Meant to perform in the widest range of conditions by minimalistic means, and essentially provide Taj a one board weapon for his last minute, whirlwind travels …where theres no time, space or desire to pack a proper quiver. The Sabo_Taj is equally at home in 2′ shore break as 8′ Indo, and everything in between. We began with the …Lost Rock-Up chassis, and made refinements and tweaks (based off TBs input and feedback over several boards) until it became its own entity altogether.  From the Rock-Up, to Round Up, to the Mini Driver, and more than 10 years of developing shorter, wide nose, low entry “quiver killing” travel boards, we feel like this is the best one yet. The Sabo_TAJ features a modest, overall rocker that is “shifted back”, so that the entry is low, fast and drivey. The tail rocker has the curve and release of a high performance step up for tight radius whip and control. The rail line creates a shallow concave under and between feet to add lift and freedom, but zeros out in the nose and tail, to keep things catch free, forgiving, settled and precise. Theres a slight double concave cutting through the tail rocker which adds lift and speed in smaller waves, as well as drive in larger ones.

The outline, with its noticeably wider than average nose (and a pulled in round tail) is semi elliptical and continuously curving, lending a feeling of catch free ease. Combined with the low entry rocker,this outline enables the board to be ridden quite short. The tail is pulled in “late”, but still features enough surface area in the fin area, under the rear foot, to be surfed fast and radical in every day waves, while the narrow tail tip holds in solid surf and tube riding, when asked.  Powerful Indo reef waves, punchy beach breaks, compact slabs, lined up points or even soft lumpy rollers, the Sabo_TAJ provides effective consistency, with the ability to be pushed to reckless and radical Taj Burrow levels, in nearly all conditions. Taj rides it 1″ shorter, but a touch wider, than his typical #Pro_formance short board, but depending on your preferred use, it can be ridden even a bit shorter (or much longer) for various, and equally effective degrees of diversity and fun. 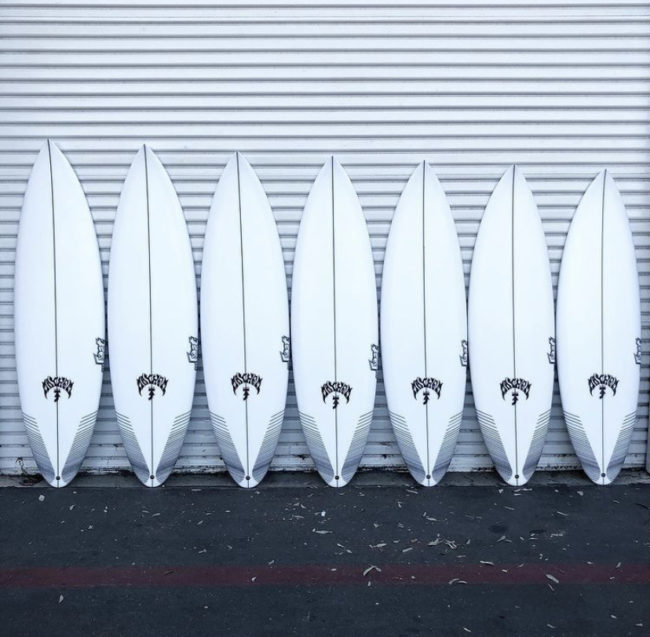 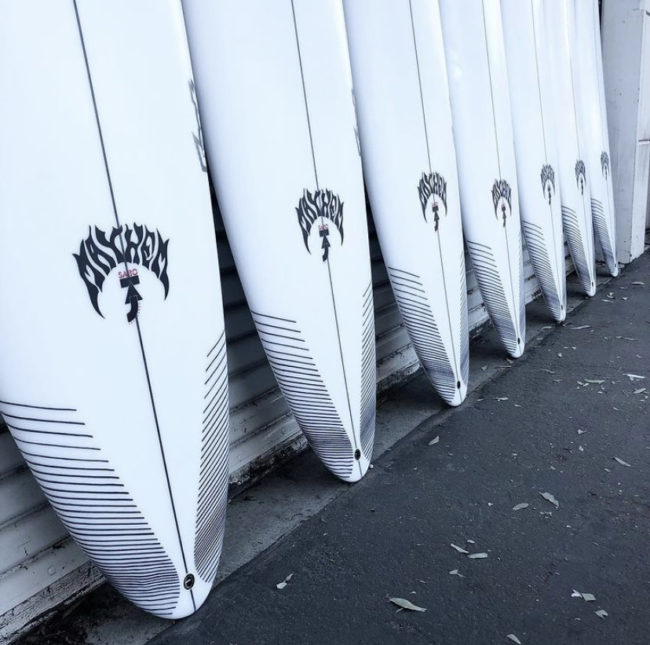 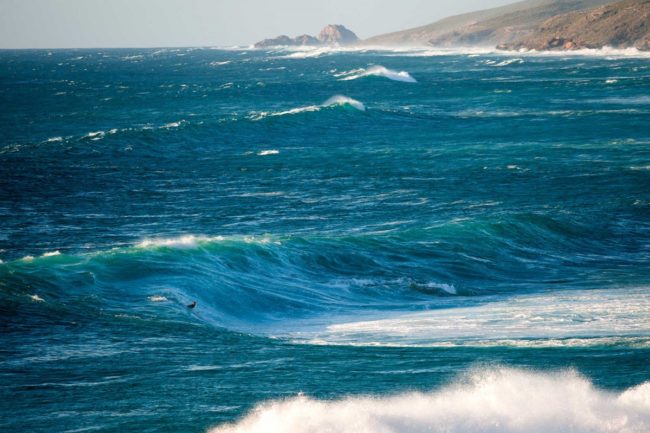 Footage around WA of Taj Burrow ripping on his brand new Lost Sabotaj by Mayhem. Video by …Lost Australia